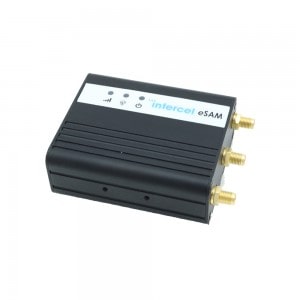 The eSAM is a 4G LTE modem designed to provide a single remote device with internet access. 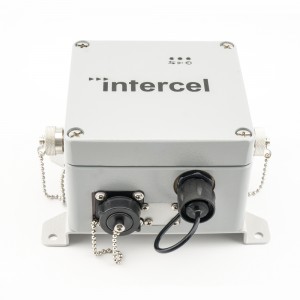 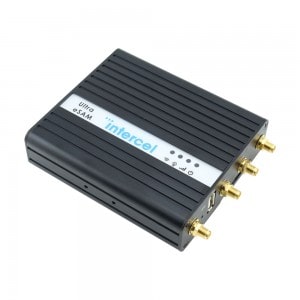 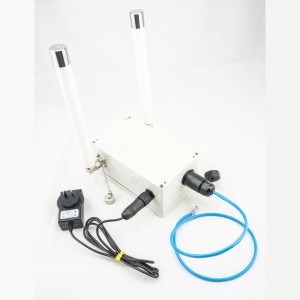 The eSAM and Ultra eSAM are 4G Ethernet modems intended to give web networks to Ethernet gadgets. They accompany a couple of Ethernet ports for wired gadgets, for example, meters, surveillance cameras or SCADA hardware, and the Ultra eSAM additionally remembers worked for Wi-Fi cameras and passages. The Ultra eSAM is fitted with a USB port for USB Upgrading and the two modems have a sequential RS232 or RS485 port for inheritance gear. The two items are appropriate for use as modern or business switches, and the Ultra eSAM can likewise be utilized as mechanical or business Wi-Fi switches.

The eSAM is a modem-switch, which implies it contains both a 4G modem fit for giving cell information and a switch So fit for directing bundles between PC systems. The eSAM can perform arrange capacities, for example, Port Forwarding, NAT, Firewalling, VPN and DHCP. The eSAM can associate with any gadget with Ethernet or Wi-Fi and give access to the web. It can likewise be utilized to give a 'failover' or reinforcement association for a private or business web association, subsequently guaranteeing that your basic administrations and gear don't encounter superfluous personal time.

The two modems run on inserted Linux and have extra highlights incorporated with the modem, including GPIO-activated SMS, Email usefulness, Cellular Dialer, Modbus, RTU, and other modern highlights. They are appropriate for the application, for example, SCADA, Modbus, remote observing and mechanical availability. With a modern temperature run and powerful structure, the eSAM modems are perfect for giving networks to basic hardware and frameworks.

The eSAM is accessible with numerous 4G modules. This permits the end client to pick the modem most appropriate to their presentation and recurrence band necessities. All standard variations of the eSAM run with at least Cat 1 speed, and offer help for in any event Bands B1, B3, B5 and B28. This implies the modems are perfect with Telstra's 4GX system. Variations are accessible with up to Cat 6 speed (300Mbps Download and 50 Mbps Upload), and with help for some extra groups. All variations additionally bolster 3G fallback, which implies they can utilize the 3G arrange for availability if the 4G organize isn't accessible.

The eSAM works from a DC Voltage source, going from 4 to 36 VDC. The modem is furnished with a 12V force supply and expends 40mA while inactive with a pinnacle utilization of 240mA while it is transmitting. Force is provided by means of a 4-pin Micro fit connector. Connectors are likewise accessible to control the modem through 12V car connectors.

The eSAM is additionally accessible with a remote administration framework, the eSAM Cloud. This framework permits you to screen every one of your modems remotely through your internet browser, permitting you to follow their information utilization and other key execution insights. Cloud the board incredibly disentangles the arrangement and observing of remote establishments and diminishes your remaining burden.

The eSAM and Ultra eSAM are Industrial 4G modems intended to give either Ethernet or Serial network to associated gadgets utilizing 4G LTE. The modem incorporates support for Telstra 4GX, which offers a bit of leeway to the eSAM over non-4GX modem switches.

The eSAM is given a solitary 100 Mbps Ethernet port, appropriate for associating any Ethernet-empowered gadget. This incorporates PLC's, servers, work stations, building the executives frameworks, or some other installed framework with systems administration ability. It is likewise outfitted with an RS-232 association utilizing a terminal square, which empowers remote availability for inheritance Serial gear. The modem is additionally furnished with two GPIO ports, fit for reacting to an advanced rationale level info and giving a yield.

The Ultra eSAM is a redesigned rendition of the eSAM. It has a subsequent Ethernet port permitting a subsequent gadget to be associated with the eSAM without requiring an additional system switch. The Ultra eSAM additionally includes Wi-Fi ability, permitting gadgets to associate with the nearby system without requiring any cabling. This additionally streamlines upkeep, as it is conceivable to associate with the nearby system without expecting to adjust the finished framework to append your gear.

The eSAM and Ultra eSAM are likewise furnished with GPS support. By introducing an outside receiving wire, the modem can decide its area anyplace on the planet and would then be able to advance this data to our cloud the executive's framework. This makes the executives of your gear less difficult, as the area of modems is self-reporting.

All models of the eSAM 4GX modem switch bolster 4G network with 3G fallback. The eSAM is accessible in variations with Cat 1 or Cat 4 speed, and the Ultra eSAM is accessible with Cat 3, Cat 4 or Cat 6. Every variation offers higher greatest speed if your neighborhood 4G organize has the accessible ability to give it and gathering is satisfactory.

The Cat 4 variation, alluded to as the eSAM4QX, underpins no different recurrence groups as the Cat 1 variation yet includes extra help for Band 8 (900Mhz), Band 40 (2300Mhz) and for 3G Band 5 (850Mhz). This implies the eSAM4QX bolsters all Australian recurrence groups and conveys superb gathering. The expansion of 4GX helps gives a critical preferred position to the client on the Telstra arrange contrasted with non-4GX mechanical modem switches.

All models of the eSAM and Ultra eSAM Industrial 4G switch offer amazing gathering and have been introduced in both urban and country regions across Australia. For applications with a necessity for higher speed, higher speed variations are offered of the two models. For most broad applications, a Cat 3 speed is all that could possibly be needed.

For clients working on the Telstra organize, a 4GX modem switch offers a huge enhancement for inheritance 4G innovation. 4GX includes Band 28 (700Mhz), a recurrence band that improves the range and execution of gadgets, particularly those in remote territories. Non-4GX modern modem switches do not have these recurrence groups, which may affect their gathering in rustic regions or territories with constrained inclusion.

Intercel's Industrial 4G routers depend on Linux. In particular, they run a variation of the OpenWRT Linux dissemination (likewise alluded to as LEDE). This gives a fit and demonstrated center to the modem and gives our port sending, TCP/IP, HTTP, and firewall usefulness inside the modem. On this, we have composed our own product that includes extra usefulness incorporate DTU terminal, SMS capacities, 4G usefulness, and other center utilities.

These 4GX mechanical modems can play out a scope of capacities, including Port Forwarding, VPN Client, SMS and email warnings, remote gadgets the executives, and Dynamic DNS. Instances of archives can be downloaded from the item pages. It would be ideal if you contact Intercel for help with your particular necessities.

The eSAM is an Industrial 4G modem intended to be utilized in mechanical applications. It can work from a wide voltage scope of somewhere in the range of 5V and 36V DC, which implies it very well may be incorporated into a 12V or 24V framework without requiring its own capacity supply. It has an IP30 Rating and is evaluated for temperatures from - 30C to +70C. This guarantees the long haul unwavering quality of the modern 4g cell switch when it is introduced in a remote site and presented to temperature changes over numerous years.

The eSAM can be mounted utilizing either the included DIN mount, which can be introduced on either side of the modem or with a nonexclusive harness style mounting system.

Most heritage modems utilize a sequential interface, which implies that all setup should be finished utilizing either AT directions over sequential or utilizing an exclusive application. Since the eSAM is a mechanical 4g cell switch as opposed to just a cell modem, it has a locally available HTTP server that empowers you to design the modem in your internet browser, much as you would for a regular switch or system switch. This implies you can get the modem working quicker and without expecting to fall back on datasheets or AT directions.

The eSAM is intended to be comprehensively good with other Industrial 4g LTE routers. This is on the grounds that the modem utilizes institutionalized programming arrangements like PPTP, OpenVPN, SNMP and SMTP and in light of the fact that it has a full Linux organizing stack. This implies the eSAM can be utilized instead of pre-existed 3G switches with at least similarity issues.