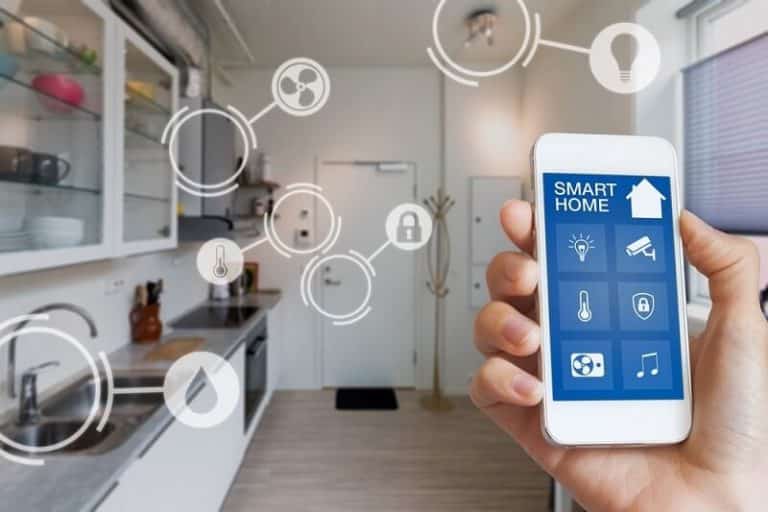 How Can IoT Helps in Smart Cities (Detailed Guide)

Internet of Things is, in many regards, a nebulous term and something of a buzzword in today’s technology landscape. It describes the concept of embedding internet connectivity into more devices to provide improved control, functionality, and monitoring of these devices. IoT helps smart cities, commercial and industrial customers to extract more value from their equipment and their processes.

IoT is not new to Industrial markets, where SCADA (Supervisory Control and Data Acquisition) systems have been in operation since the ’70s. These first systems relied on private networks running on Mini-computers or mainframes, with dedicated network links running back to the control room. These mini-computers would provide the management logic for the system, while remote terminals and PLC’s would provide control for equipment in the field. Such systems were expensive and usually proprietary, which limited scalability. Such systems were standard in Military, Mining, Oil, and Manufacturing, but were not widely used in Commercial or Consumer applications.

Over the past decades, SCADA systems have become cheaper and more capable as technology improved. The modern microcontroller now offers much more power than the Mini-computers of the past and can do so in a single or handful of IC’s consuming a negligible amount of energy and at a small price point. The low cost of IC’s lead to the rise of home computing, which leads to the creation of the Internet. The internet can offer a massive, fast, and reliable backbone for communication systems that makes deploying your SCADA links redundant. The low cost and low power of these IC’s have also made the cellular network possible, which means that you don’t even need to run your local network anymore – instead, nodes can connect wirelessly to their communication backbone.

The Internet has its origins in ARPANET, a research project by the US Federal Government in the 1960s aimed at building a massively distributed network for use in high-reliability communication and control systems. ARPANET was designed to link together multiple research computers across the US, though the technologies developed would also be used to build MILNET, a second network that provided Command and Control between redundant nodes for military communication.

The great success of ARPANET, and by extension, the internet, is its use of Packet Switching. The phone network was built on the same principles as the telegram network – both relied on a fixed number of lines (effectively just wires) run over long distances. These were connected by relays, which could connect the nest of wires together to link any two given points together. When a phone number was dialed, the digits indicate to the system which relay should be activated to create a continuous flow of electrons from dialler to the receiver. This circuit would then be left open until the call was finished, at which point it would be disconnected.

Packet switched data moved to a system where each node is an intelligent device – a computer. The nodes would then be used to pass data from a source to a destination in discrete packets, similar to a post system. This was combined with a system for addressing each node by it’s IP address to create the Internet.

While SCADA systems adopted the telephone network through data calls before the Internet existed, the creation of the Internet accelerated the spread of SCADA to the internet. Now, control systems are deeply integrated with Local IP Networks, VPN Networks, and the Internet itself.

The spread of these systems into Infrastructure and Government Institutions has been slower. Commonly referred to as IoT ‘Smart Cities’, the integration of Internet-enabled technologies into public infrastructure is a question of when rather than a question of if. 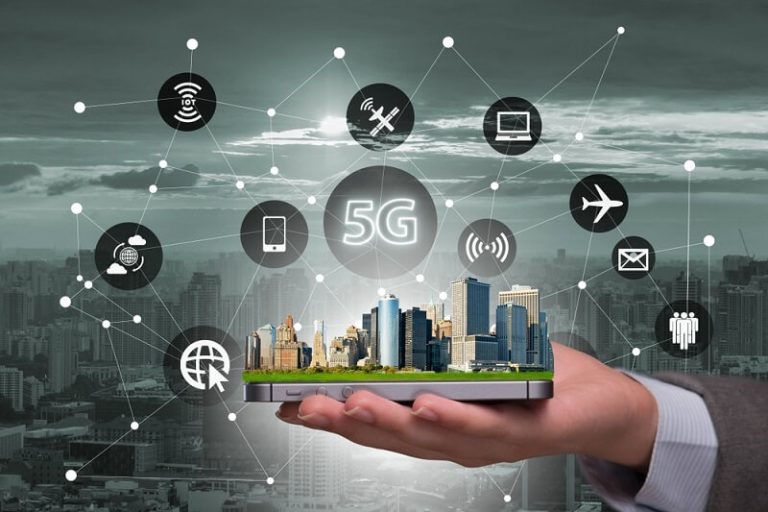 In some areas, IoT/Smart Cities is already used widely in infrastructure, primarily as an extension of SCADA. Electricity metering and Transformer monitoring and examples of applications that blur the line between IoT and SCADA. Other examples of currently deployed smart infrastructure include Smart Parking Meters and Parking Lots, Security Systems and CCTV and Telemetry of Infrastructure for use with evidence-based policy. IoT helps smart cities to make well justified and rational policy decisions.

In many areas, however, owing primarily to the cost and complexity of implementing smart systems, IoT has yet to find its footing in public infrastructure. As the technology continues to advance and costs continue to fall it is likely that IoT systems will integrate with more systems in more places.

Critical enabling technology for smart cities is the availability of low-cost and ubiquitous access to the internet. Where once an optical fiber or copper link would have provided this, it is now considered to be too expensive to run a cable for each install and so wireless links are preferred for all but the most critical infrastructure. 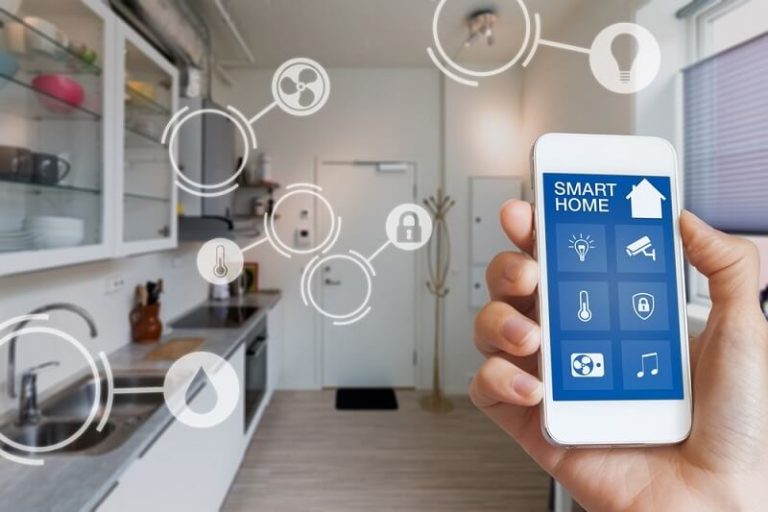 The ubiquity of cellular infrastructure makes it the preferred solution for most current applications. Cell phone towers are installed in all but the most sparsely populated areas of Australia, and the technology is well proven and reliable. The introduction of Cat M1 and NB-IoT modules is specifically aimed at making LTE more attractive for low-cost battery-powered infrastructure, as it trades speed for simplicity and low power consumption.

However, cellular solutions require an ongoing subscription to a telco provider. This cost is insignificant for some classes of applications, such as remote monitoring of critical infrastructure. However, it is not economical to deploy a network of sensors with a separate cellular connection to each sensor. For these applications, new methods of connectivity are required.

To provide connectivity for these classes of devices, a Low-Power WAN (LPWAN) is the preferred solution. LPWAN’s use a second radio network, such as SigFox or Lora, to provide connectivity back to a base station which then uplinks the data to the internet. The base station may be owned by the city, such as a private LoRaWAN network, or a provider may operate it in much the same way as a cellular network (SigFox). LPWAN operate at a lower speed than the cellular network and typically utilize public radio spectrum for communication such as the 433Mhz or 2.4Ghz frequency bands. This design decision lowers costs compared to using licensed spectrum such as Telstra’s 700Mhz band.

LPWAN networks, however, are too slow to make use of the established TCP/IP communication protocol. As a result, they need to use a different and often proprietary protocol to communicate back to the base station. The base station must then accept the data from the remote devices and convert it into a form that can be understood by the IoT/Smart City platform. This approach requires very tight software integration between the cloud-based stack, the local gateway, and the LPWAN node. There are also restrictions on how you can use public spectrum which places an upper cap on the amount of data such systems can transmit in a day.

Software stacks like LoRaWAN aim to provide an end-to-end solution for sending data from a Lora node to the open internet. These technologies are very new, with most of the development happening within the last 6 or 7 years. As these technologies are so new, we are only now seeing them being accepted in the Commercial and Industrial space, though they are likely to become more important in the future.

In the consumer space, this requirement for wireless data at low cost is been served primarily by the Bluetooth, ZigBee and Wi-Fi specifications. These technologies operate primarily at the 2.4Ghz band but do not offer the scalability, reliability, and long range required for Smart City applications. SigFox is also quite popular as a provider of LPWAN connectivity but has a limited foothold in the Australian market.

For a remote system to be useful, it needs to be able to send its data to some local machine that is able to store and analyze the data.

This role is typically filled by a server. Large companies might deploy their own servers in their own data centers, while smaller companies would rent space in another companies’ data center to connect their equipment. Today, cloud systems are the preferred solution for most applications.

‘The Cloud’ is a fancy term for someone else’s server. AWS, for example, operates 1.3 Million servers spread across multiple countries and continents to provide reliability. Customers would then rent access to resources on these servers, such as storage, network connectivity or a share of the servers processing power. They can then use these resources to deploy their own software, without needing to worry about managing the hardware. Software can be automatically deployed, and the hardware can be scaled to meet their requirements without any user intervention.

The largest players in the cloud business today are Amazon, Microsoft, and Google. All have aggressively targeted the IoT ecosystem, with the goal of becoming the platform provider of choice for intelligent infrastructure and of using IoT to promote their services in Databasing, Machine Learning and

Data Analytics describes a scientific approach for statistically analyzing a dataset. In the context of Smart Cities and IoT, Data Analytics can be used to predict traffic requirements, analyze the usage of public resources like lighting and traffic, and enable evidence-based policy for lawmakers and government officials. More broadly, analytics can be used to predict failures modes and to inform preventative maintenance.

Machine Learning enables machines to find more abstract relationships between inputs and outputs and is already used in Image Recognition and some other applications. Machine learning is very new technology and is best applied to complex systems where traditional numeric and analytical approaches are not able to solve the problem. For cities, this has the potential for analyzing traffic flow and other complex systems. Machine learning is very hardware intensive, and so is typically only offered in the cloud.

Cloud software companies also provide end-to-end management services, making it possible to manage and deploy remote equipment using the same interfaces to manage cloud resources. This can offer an end-to-end solution for IoT/Smart Cities and M2M systems. In addition, Cloud companies aim to add additional value using the data collected. Deploying internet connectivity to each traffic light may not be economical on the basis of simplified maintenance, but when the benefits that come with Data Analytics and analysis of traffic flows are factored in the solution becomes much more attractive and economical.

IoT/Smart Cities are poised to become the next growth area in telecommunications. As technology advances and the costs continue to fall, this technology will only become more ubiquitous and more proven